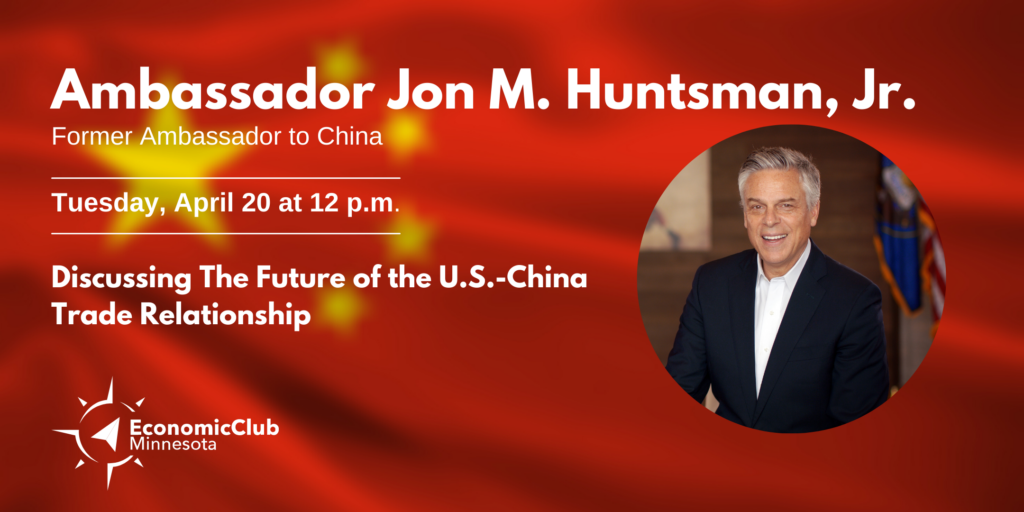 The audience was rapt with attention while Ambassador Huntsman provided a historical and current day perspective of diplomacy and trade. He said it is a happy day for Beijing and Moscow when the US is divided. A highlight was the audience Q&A. Tim Penny, Economic Club Founder and Vice Chair moderated. The ambassador addressed questions surrounding trade and negotiation with China and Russia.

You can find out more about which cookies we are using or switch them off in settings.